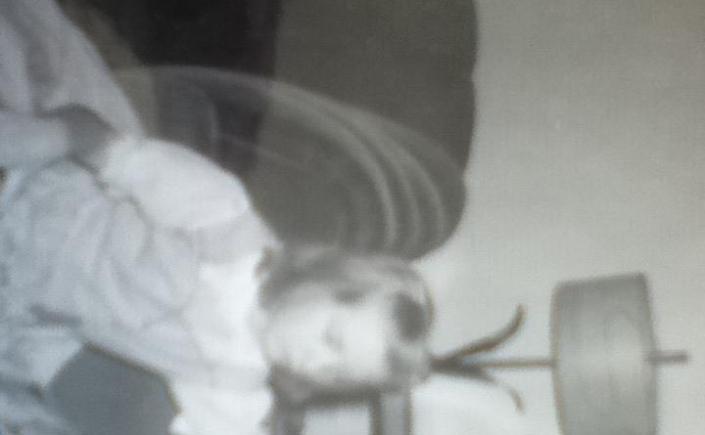 Miss Harris!  I forget your first name, but, in the 1950’s, kids in John S. Read Elementary in North Camden didn’t ever use the teacher’s first name.

I don’t remember you raising your voice, but your expression took care of any behavior problems.   I don’t recall any behavior problems in your third grade class. No one talked while we hid under our desks during air raid drills, walked down the fire escape during fire drills or walked to the lavatories.

It was so quiet in your room that I wanted to sleep and sometimes I wished that I could fly around the classroom ceiling and then out the transom above the classroom door.

You taught and tested us on four verses of America the Beautiful and I loved the words, “amber waves of grain”–a lovely image for a little girl in North Camden.   I still know the verses–mostly.  We sang The Battle Hymn of the Republic in your class and I learned all the verses.  I read a kid’s biography of Julia Ward Howe who wrote the Battle Hymn, but I was too shy to tell you.

You taught us how to water paint and I’ve taught many kids  what you showed us in that class–how to mix colors, how to keep the brush clean and to keep the paint cakes and box clean.  What a happy time it was for me while we painted.

The day that you hung up my painting of a Halloween witch remains to me today and how I couldn’t wait to take it home to show my mom.  However, that day that you removed those fall paintings from the bulletin board didn’t leave me, either.  You tore them up and put them in that army green wastebasket.  How I wanted to call out, “Please save my picture!”

In my twenties, I took a New Jersey state civil service test and I scored quite high partly because I knew about the cities and counties of New Jersey, thanks to you. You had us memorize the counties, counties and products and now–I wonder–did you make that civil service test for the state?

When a new boy from Ohio came to our classroom, he called you “Ma’am”and not Miss Harris. You spoke to him in a kinder voice than I usually heard and said he could call you Miss Harris and told him ways of speaking were different in New Jersey.  I can’t remember this boy’s name, Paul?, but he told us he was from the Buckeye State and he was proud of it. What was a buckeye?

Miss Harris, you had punished me for not reading along with the class.  I had to stand with you in your good wool coat and grim face on the bricks in the schoolyard at recess while all my friends ran around –when they weren’t eyeing me wiping my tears from my cold face.

I couldn’t explain to you why I kept losing my place.  As my friends read aloud a few paragraphs at a time, I couldn’t bear how slowly it was going.  I’d quickly read the stories at the back of the reader. You caught me many times and you would call on me to read.  Sometimes I did remember where the last reader had stopped, no matter how hard it was to read to myself and to listen to someone else read something different, and I could save myself.

However, once in a while, I would get lost in that story at the end of the book and I would have to admit that I didn’t know where we were. Busted!

You scolded me for reading too fast during oral reading.  So, when the new boy from Ohio came to class, I didn’t want to get into trouble in front of him. Paul looked like such a nice boy–and he was, that boy from the Buckeye State.   I read slowly and carefully.  Then, you called on the the new boy.  He  read perfectly well and ten times faster than I had just read.  The class murmured in admiration.  He didn’t get in trouble and my status as a fast reader tumbled.

I didn’t think of you as a human, but as A TEACHER.  I never thought about your personal life nor that you had one.  Not until the end of a lesson and you asked if anyone had a question…  It was understood…a question about arithmetic.

“Why aren’t you married, Miss Harris?” he said.  That moment is forged in my memory.

The class sucked in a collective breath.

Miss Harris’ face seemed to be making up her mind about what to say and I glimpsed something vulnerable in her eyes.  Her face almost crumpled.

In a few seconds, her usual impersonal expression returned.

“If I wanted to get married, I’d have done that long ago, brother.”

I was pretty shocked that she called him “brother”–it wasn’t in a nice way.  It was downright sarcastic.

I told my mother and she said that she had heard that Miss Harris had lost a sweetheart in a war.

Lived in North Camden until eleven

One thought on “To Miss Harris, North Camden, Grade 3”